4 Steps to Letting Go of Resentment 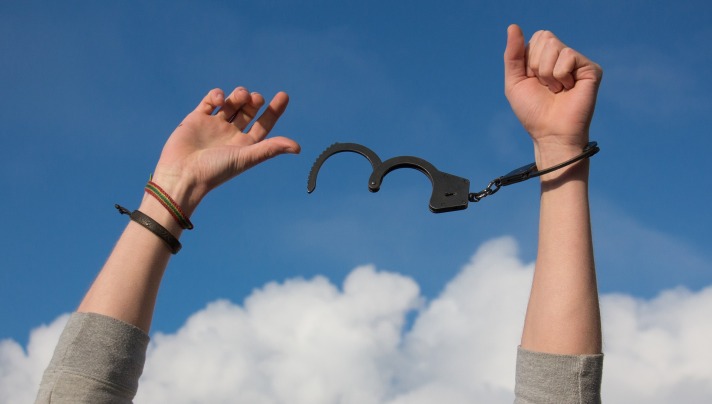 “To worry yourself to death with resentment would be a foolish, senseless thing to do.” – Job 5:2 (GNT)

During his sophomore year of college Kevin Benton was one of only two African-American students living on the floor of his dorm. Several white students would routinely harass and insult him, both publicly and privately.

This was Kevin’s first encounter with racism. He had trouble sleeping and eventually became so ill that he had to be admitted to the hospital for hyperthrophic cardiomyopathy, the thickening of the heart muscles. This is the leading cause of death of people under 30.

One day a janitor walked by and prayed for Kevin aloud. After the janitor’s prayer Kevin realized that the condition of his physical heart was directly connected to the condition of his spiritual heart. In order for him to get better he needed to forgive the students who hurt him.

Three days after letting go of his resentment Kevin walked out of the hospital. “If I hadn’t forgiven them, I’d be dead,” says Benton.

Each one of us has been hurt by someone in our lives. It could be the boss who fired us, the spouse who cheated on us, the parent who mistreated us, or the friend who betrayed us.

In Matthew 18:21-35 Jesus tells the Parable of The Unforgiving Debtor. In this parable Jesus gives us four steps that will help us forgive others and let go of resentment. Here they are:

1. Realize that forgiveness is a process.

“Then Peter came to him and asked, ‘Lord, how often should I forgive someone who sins against me? Seven times?’ ‘No, not seven times,’ Jesus replied, ‘but seventy times seven!'” – Matthew 18:21-22 (NLT)

Forgiveness is not a one-time event. Often times in life we will need to forgive the same people for the same things over and over again.

This doesn’t mean we should keep trusting them. If someone repeatedly breaks your trust, your possessions, or your heart it would be unwise to continue to have a relationship with them or put your trust in them.

God doesn’t want you to trust in someone who isn’t trustworthy. The Bible says in Proverbs 18:24a, “One who has unreliable friends soon comes to ruin.”

Forgive the people who hurt you, but don’t allow them to keep hurting you. (Click to Tweet)

2. Relinquish your right to get even.

“But the man fell down before his master and begged him, ‘Please, be patient with me, and I will pay it all.’ Then his master was filled with pity for him, and he released him and forgave his debt.” – Matthew 18:26-27 (NLT)

Forgiving someone who hurt you doesn’t mean you condone what they did to you. Forgiveness is saying they no longer owe you.

Stormie Omartian, author of The Power of a Praying Wife, says, “Forgiveness doesn’t make the other person right; it makes you free.”

Forgiveness is more about freeing yourself than it is letting the one who hurt you off the hook. (Click to Tweet)

3. Reflect on how much God has forgiven you.

“Then the king called in the man he had forgiven and said, ‘You evil servant! I forgave you that tremendous debt because you pleaded with me. Shouldn’t you have mercy on your fellow servant, just as I had mercy on you?’ “ – Matthew 18:32-33 (NLT)

It’s easy for us to read this and think, “How could someone be so blind and unforgiving?” But the truth is we do this all the time. We make the same mistakes over and over again and expect God to forgive us. But when other people do the same thing to us we typically don’t extend them the same grace that God extends to us.

CS Lewis once said, “Everyone says forgiveness is a lovely idea until they have something to forgive.” We love to be forgiven, but we have a hard time being forgiving.

It’s easier to forgive others when we remember how much God has forgiven us. (Click to Tweet)

4. Remember that God will forgive you the way you forgive others.

“Then the angry king sent the man to prison to be tortured until he had paid his entire debt. ‘That’s what my heavenly Father will do to you if you refuse to forgive your brothers and sisters from your heart.’ ” – Matthew 18:34-35 (NLT)

Are you forgiving others the way you want God to forgive you? Because, according to these verses, that’s exactly what He’s going to do.

Question: Who do you need to forgive in your life right now? You can leave a comment by clicking here.

One thought on “4 Steps to Letting Go of Resentment”