Be In The Moment 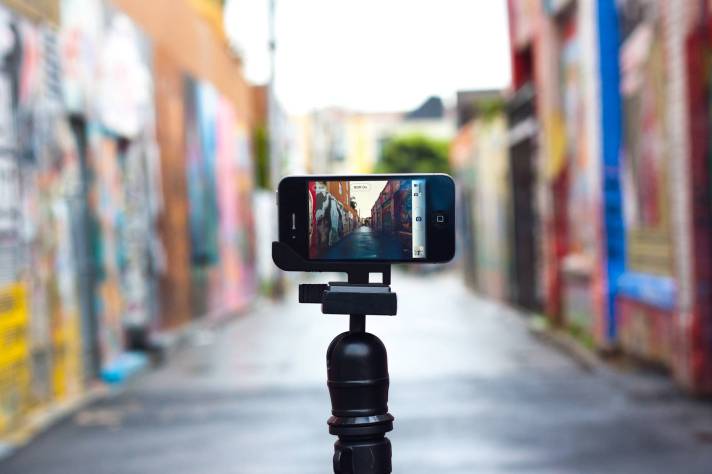 There’s a scene in the movie The Secret Life of Walter Mitty that really caught my attention a few years ago.

The movie follows Walter Mitty (played by Ben Stiller), a shy, quiet guy who daydreams a lot. He works at Life Magazine as a negative assets manager.

The Life Magazine of the movie is in the process of moving from a print magazine to an exclusively web-based one, which means lots of downsizing and lay-offs. For their last print publication Walter has been tasked with developing a picture from world-renowned photojournalist Sean O-Connell (played by Sean Penn).

When Walter can’t find the negative he sets out traveling around the globe to places where Sean might be in the hopes of finding the negative in time to save his job and the jobs of his co-workers.

There’s a scene towards the end of the movie where Walter, exhausted from all his traveling, catches up with Sean in the Himalayas. Sean is in the middle of photographing a rare snow leopard. As the elusive creature, referred to by Sean as a “ghost cat”, finally emerges Sean gets ready to take its picture but hesitates, and just stares at it.

When Walter asks when he’s going to take it Sean says, “Sometimes I don’t. If I like a moment, for me, personally, I don’t like to have the distraction of the camera. I just want to stay in it. (Click here to watch the scene).

These days it’s easier for us to capture and record a moment than it is to stay in it.

We take selfies, pictures of our lunch, and post videos on YouTube of our cat’s high jinks for the world to see. Comedian Jim Gaffigan says, “I have more pictures of my kids than my father ever look at me.”

As great as it is to take such high quality images and videos of the world around us, if we’re not careful we’ll end up experiencing our lives through 2-D screens, instead of the high-def, 3-D, surround sound that life always intended for us.

Put your phone down and jump into the story.

Don’t be content to be a spectator. Take part in the story unfolding around you.