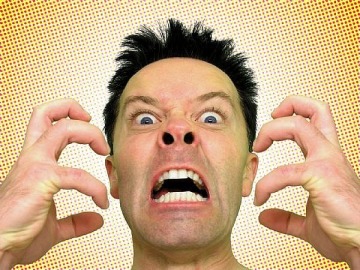 Right now I’ve been reading Love and Logic Magic for Early Childhood. As the parent of an 18-month-old I’ve really liked the approach, tips, and stories from the father-son duo who wrote it. It’s a good book, even though it sounds like the name of a book of spells Zummi Gummi would use on Gummi Bears.

One line in particular caught my attention. When you stop and really think about it, there are lots of implications for parents and leaders alike:

Give away the control you don’t need.

Everyone is a control freak about something. Maybe it’s how clean is clean enough. Maybe it’s how the margins and fonts are set up on a presentation. Or maybe how strictly a certain procedure is followed.

Most of that stuff doesn’t really matter. Sure, we have our preferences. But if most of them aren’t followed to a “T” our families and careers won’t be ruined. But sometimes we act like they might be.

Years ago I had a boss who was very particular. In a conversation about a promo flyer I was criticised about the shade of green and poundage of cardstock I was going to print on. It was such a big deal (to them) I had to go out in the middle of a thunderstorm to get the exact right one.

When I got back (about an hour later because of the weather) I was told to use something completely different (my original idea the hour before).

There’s a GINORMOUS difference between preference and priority. Successful people learn and live the difference.

What’s something you need to give control of away to someone else for the good of the relationship and your health?

One thought on “Reducing Stress as a Leader and Parent”