The 1 Word Everyone is Dying for You to Say 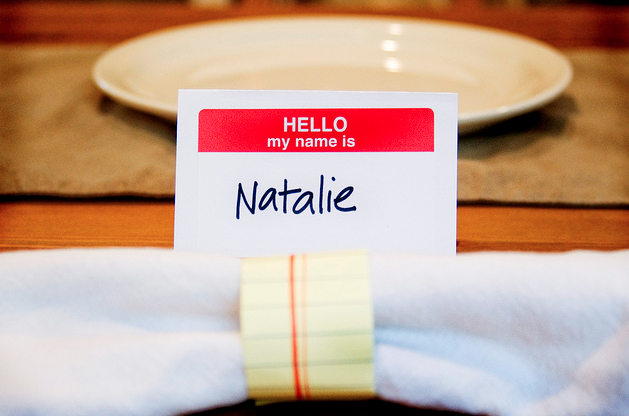 Or Fudrucker’s (unless it’s immediately following the question, “Where can I get a hamburger filled with delicious flavor?”)

The 1 word everyone is dying for you to say is their name.

A few years ago I was hanging out with a group of kids at church. A girl came up to me and asked, “Do you know my name?” All the kids stopped what they were doing to see if I would get it right. So I did the only thing a pastor in my position could do when he’s called out by a 3rd grade girl in front of a bunch of her peers: I lied.

“Why, of course I know your name.”

As I turned to sneak a peek at her name badge to see what it was, she quickly sensed the uncertainty in my voice like a werewolf ready to pounce on a car full of teenagers at a drive-in from a cheesy Ed Wood movie, covered it with her hand, and said, “What is it?”

The responsible thing would have been to just own up to that instead of trying to fake my way through it. But I didn’t. Instead I wanted to make like the venerated Wizard of Oz, but really I was just the dopey guy behind the curtain.

Another time, when I was in college, there was a guy who lived next door to me and my roommate named Jason. Or so I thought. For almost an entire year I kept calling this guy Jason. One day as my roommate and I were heading to dinner, we noticed “Jason” coming back from the library. I waved to him and said, “What’s up, Jason?” He replied, “Hi Jimmy!”

I turned to my roommate and said, “Man, I can’t believe Jason forgot my name. In fact, I think he calls me a different name every time I see him! What’s up with that?”

My roommate started laughing. “Jeff,” he said, “His name’s not Jason. He’s been calling you a different name every time you see him because you always forget his name. It’s…” [I’d have finished that last sentence but I still can’t remember his name.]

I think Jason (or whatever his name is) was a bit harsh. He could have just said, “Hey Jeff, actually my name is…” the first time I messed it up and we probably would have been fine. He never did. But I got the message.

There is something sweet about hearing our name, as though someone is excited to see us, that is like honey to our soul. It is reminds us that we are important. That we are special. That someone values us enough to call us by who we are. A name is a truly powerful thing.

I write this post more from a place of inadequacy then a place of strength. I still struggle with this. I need to get better, but I’m working on it. A person’s name is so special to them. Use it often. Use it well.

That’s what a little girl and a guy named Jason taught me, anyway.

When’s a time you called someone by the wrong name and you found out about it later?